Honeysuckle Season Round Up

Thanks to everyone for being a bit patient and waiting for this somewhat late Round-Up post. 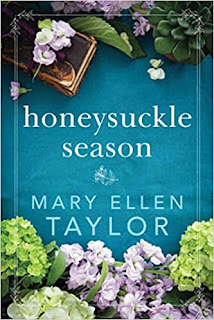 Adrift in the wake of her father’s death, a failed marriage, and multiple miscarriages, Libby McKenzie feels truly alone. Though her new life as a wedding photographer provides a semblance of purpose, it’s also a distraction from her profound pain.

When asked to photograph a wedding at the historic Woodmont estate, Libby meets the owner, Elaine Grant. Hoping to open Woodmont to the public, Elaine has employed young widower Colton Reese to help restore the grounds and asks Libby to photograph the process. Libby is immediately drawn to the old greenhouse shrouded in honeysuckle vines.

As Libby forms relationships and explores the overgrown—yet hauntingly beautiful—Woodmont estate, she finds the emotional courage to sort through her father’s office. There she discovers a letter that changes everything she knows about her parents, herself, and the estate. Beneath the vines of the old greenhouse lie generations of secrets, and it’s up to Libby to tend to the fruits born of long-buried seeds.

April and especially May just totally got away from me and June is starting out jam-packed.  So, without further adieu, let's get to the delicious posts:

Culinary Adventures with Camilla is always first to post.   Cam "was so intrigued by the dynamics in the moonshine timeline, including bribing the Sheriff to keep their business going during Prohibition."    She also found the old Southern tradition of burying moonshine in a graveyard for good wedding-day-luck humorous.   She whipped up a delicious Buttermilk Vanilla Cake with Honeysuckle Buttercream.   (Please check out this recipe and how she steeped dried honeysuckle blossoms.) 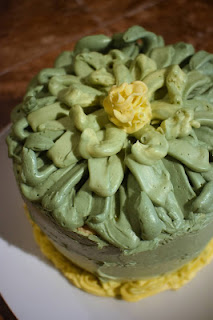 Wendy from A Day in the Life on the Farm was next with a recipe that I am going to try as soon as I am able:   Honeysuckle Tangerine Marmalade! 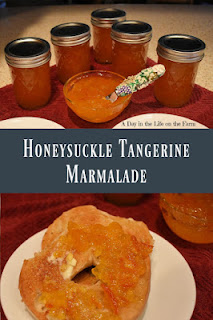 I mean, seriously, this sounds delicious!   As for the novel, Wendy writes:  "There are many twists and turns and some surprises as we learn how all of these lives intertwine.  I enjoyed this novel very much and will be sharing my review over at Foodies Read as well."
Now for something savory.   Delaware Girl Eats created a Swiss Chard and Leek Gratin.  Focusing on the setting of the novel, the Blue Ridge Mountains, her recipe was  "inspired by the vegetable casseroles of this region, cheating just a little to add a meat ingredient, which is Italian sausage, to make the dish a little heartier.  While spinach can be used as the key ingredient, I chose to add Swiss Chard instead.  It's often referenced in Blue Ridge recipes and although we typically think of Swiss Chard as an Italian ingredient, it works perfectly well in this gratin." 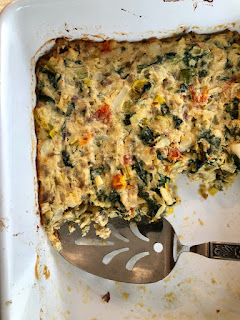 The very first food mention was, I believe on page 42 (Kindle version), biscuits stuffed with Virginia ham.  That was, in the end, my choice to do a riff on.  My own Scotch Irish ancestors also settled in the Virginia area and, coincidentally, this is a very traditional recipe in that region of our country.  I posted the Scottish original version a few years ago - Aberdeen Butteries - made with yeast, and remembered how delicious they were.  So now we have the Southern incarnation, in biscuits.  Mine reverts to bacon, as I cure it myself, so there's more of a connection in that homemade aspect, as well as deriving from the Scotch original. 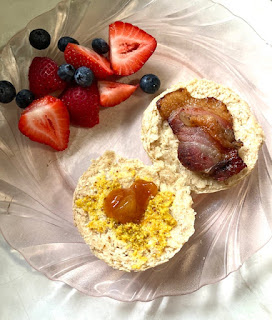 Glad you were inspired to make these!

Simona (briciole) is another Co-Host.   She's continuing with savory and contributed a Vegan Zucchini Side dish to our Honeysuckle Season table. 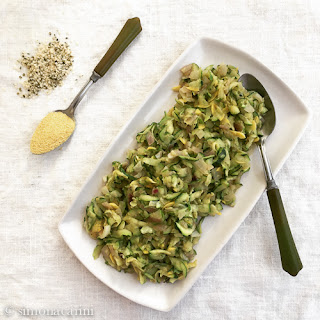 Simona was familiar with the author and featured her in a "post last year with her novel Winter Cottage2. Both novels are centered around a mansion, whose walls know secrets that the reader learns as chapter follows chapter and the story moves back and forth between present and past."

I may be picking up that book next.

Let's end our round-up today with a couple of beverages.

Deb, from Kahakai Kitchen (and another Co-Host) stirred up some Honeysuckle Lemonade. 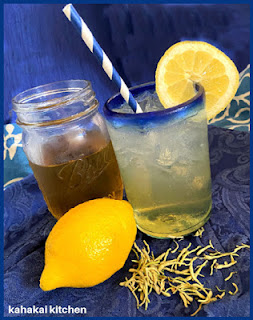 Sounds lovely, sweet and refreshing.  "For my bookish dish, I decided to combine the lemonade mentioned in the book with the honeysuckle syrup used in the moonshine. Since honeysuckle flowers are not easy to come by here, I ordered some dried honeysuckle flowers from Amazon.  There's a recipe for the syrup in the book but I kind of did my own thing in terms of proportions. I also made a very tart lemonade to mix with the syrup--just so it wasn't over-sweet."
I'll end the Round Up today with my Honeysuckle Season Cocktail.  I was inspired, of course, by the honeysuckle from the title (and the moonshine) plus good Kentucky bourbon. 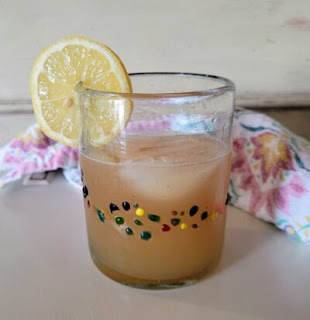 I didn't use dried honeysuckle blossoms like Camilla, Wendy, and Deb.  Instead I used honeysuckle tea bags.
Thanks to everyone who participated this round.  Simona is hosting  97 Orchard: An Edible History of Five Immigrant Families in One New York Tenement by Jane Ziegelman.   You can read the announcement post here.

Thank you Debra for hosting and for the roundup. I also get the sense that the last two months flew. I hope summer slows down :)