That Old Ace in the Hole: the roundup 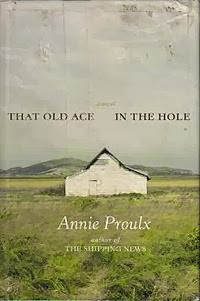 It's time for the roundup of Cook the Books' Club October-November 2014 edition for which we read That Old Ace in the Hole by Annie Proulx.

For each contribution (given in order of publication), I will give you the official information (author, blog name and post title) and a brief quote from it — a teaser that will entice you to follow the link and read the details of the dish prepared and of how the reading inspired the activity in the  kitchen.


Now, please, make yourself comfortable, then follow me on a little literary / culinary journey to an lesser-known area of the US. 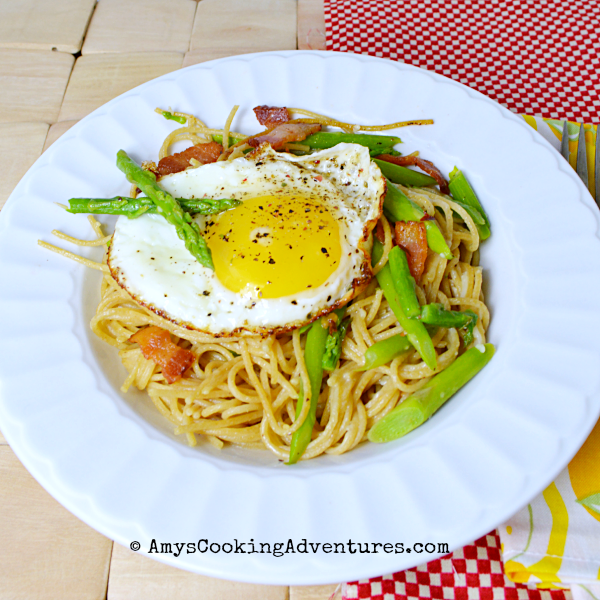 Though she had a hard time connecting with main character, Amy "absolutely loved" the fictional town of Wollybucket and all of its inhabitants "They were nutty and endearing and exactly what I’d expect from an isolated rural community!... Since I loved the town and all its wacky residents, I was inspired by some of the own home cooking that was mentioned in passing... I decided to go for the asparagus and noodles... I ended up going for a simply dressed spaghetti with asparagus.  And, of course, egg and bacon (because I love eggs and bacon…on EVERYTHING)."

Joanne of What's On The List? baked an Apple Pie in a Bag


Joanne was inspired by the quilters' circle: "On Tuesday afternoons the Round Robin Baptist Bible Quilt Circle gathered at the house of one of the quilters." She imagined herself as one of the quilters and started craving Apple Pie "I have always wanted to try baking an apple pie in a bag!" and she got a recipe "from an out-of-print Keepsake Quilting Cookbook published as a charitable fund-raiser in 2001. Sounded like fun and it was!" 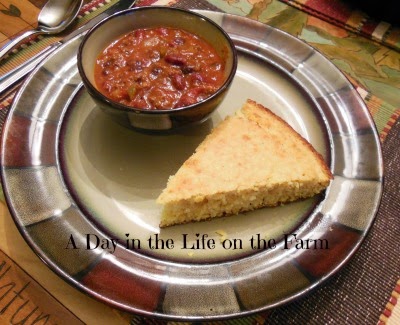 
"One thing I can say about this book is that there was no shortage of food ideas. The entire story was filled with food references... In fact, a huge part of the story took place in the "Old Dog, a buffet style restaurant with different local specialties served every night. The Old Dog often serve Chile, as it is spelled in the book. They often also ate game meat, including venison, and being down south corn bread was a staple. All of these things helped me to choose the recipes." 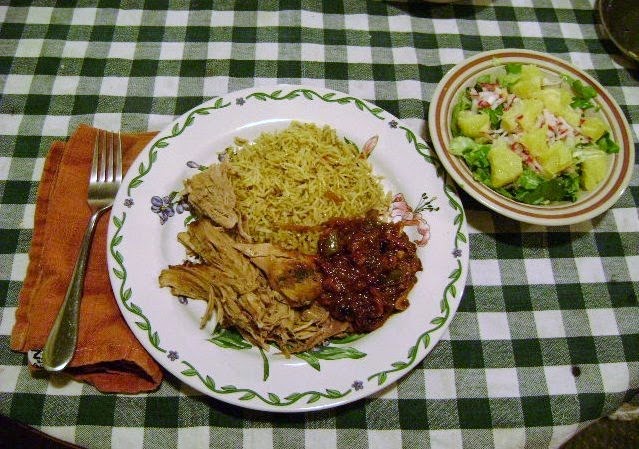 Rachel describes the book as "one of Proulx's trademark intensive explorations of a region, in this case the Oklahoma and Texas panhandles... After reading this book, I feel I have had an armchair tour of some of the dusty small towns, farms and landscapes that dot this sparsely populated area... I went for a porky meal, a nod to small-scale pig farming discussed so eloquently in the book.... Pernil is great served with rice and beans and a little salad on the side with a citrusy dressing." 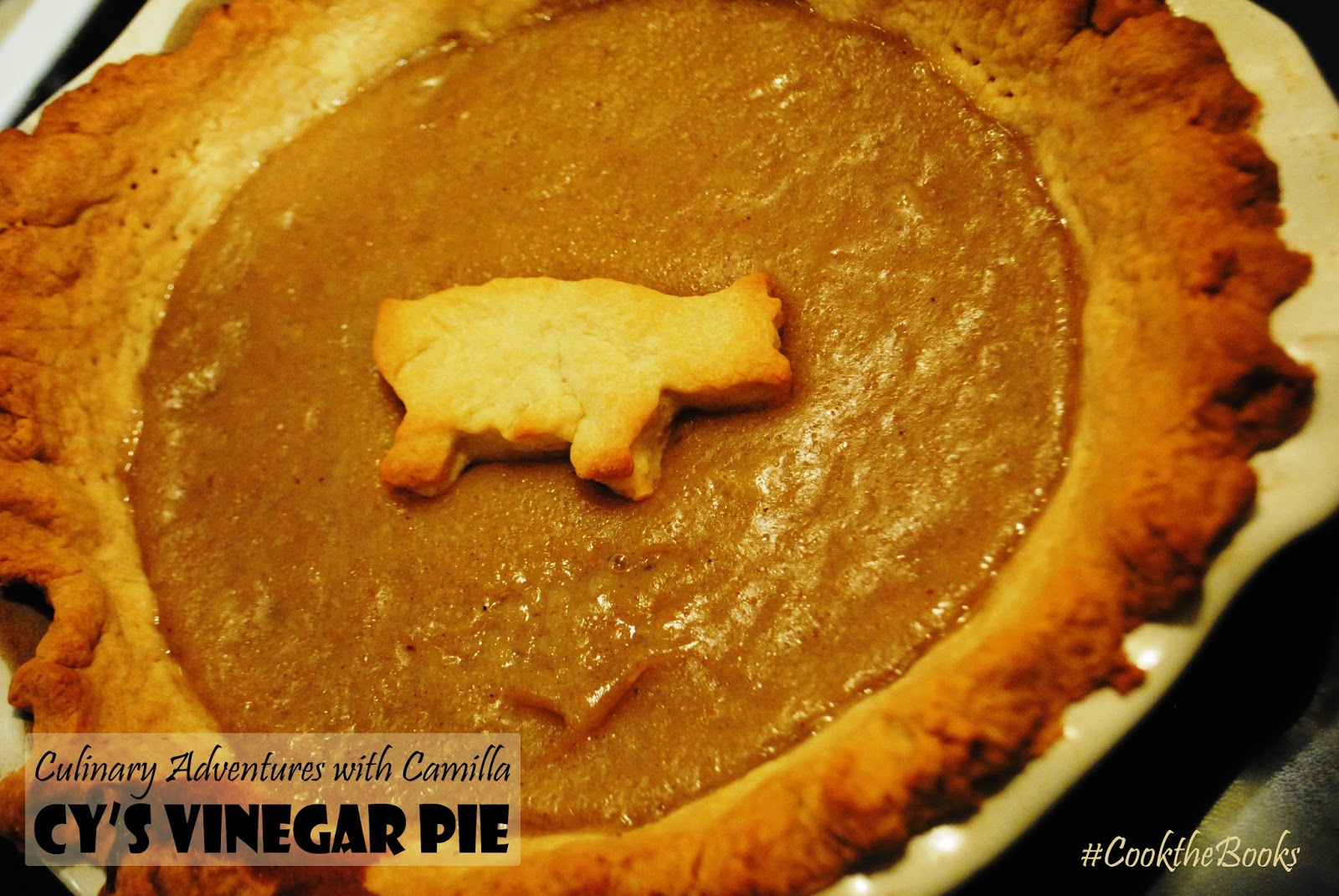 "I was most intrigued by the mention of vinegar pie. Really. Who would have thought to put vinegar in a pie? Apparently, though, vinegar pie is a traditional recipe. With a little reading, I discovered that vinegar pies have been around since the mid-19th century; they are a very simple dessert - a custard pie flavored with apple cider vinegar. I imagine it was invented out of a lack of ingredients. And, rest assured, it tastes far better than it sounds." 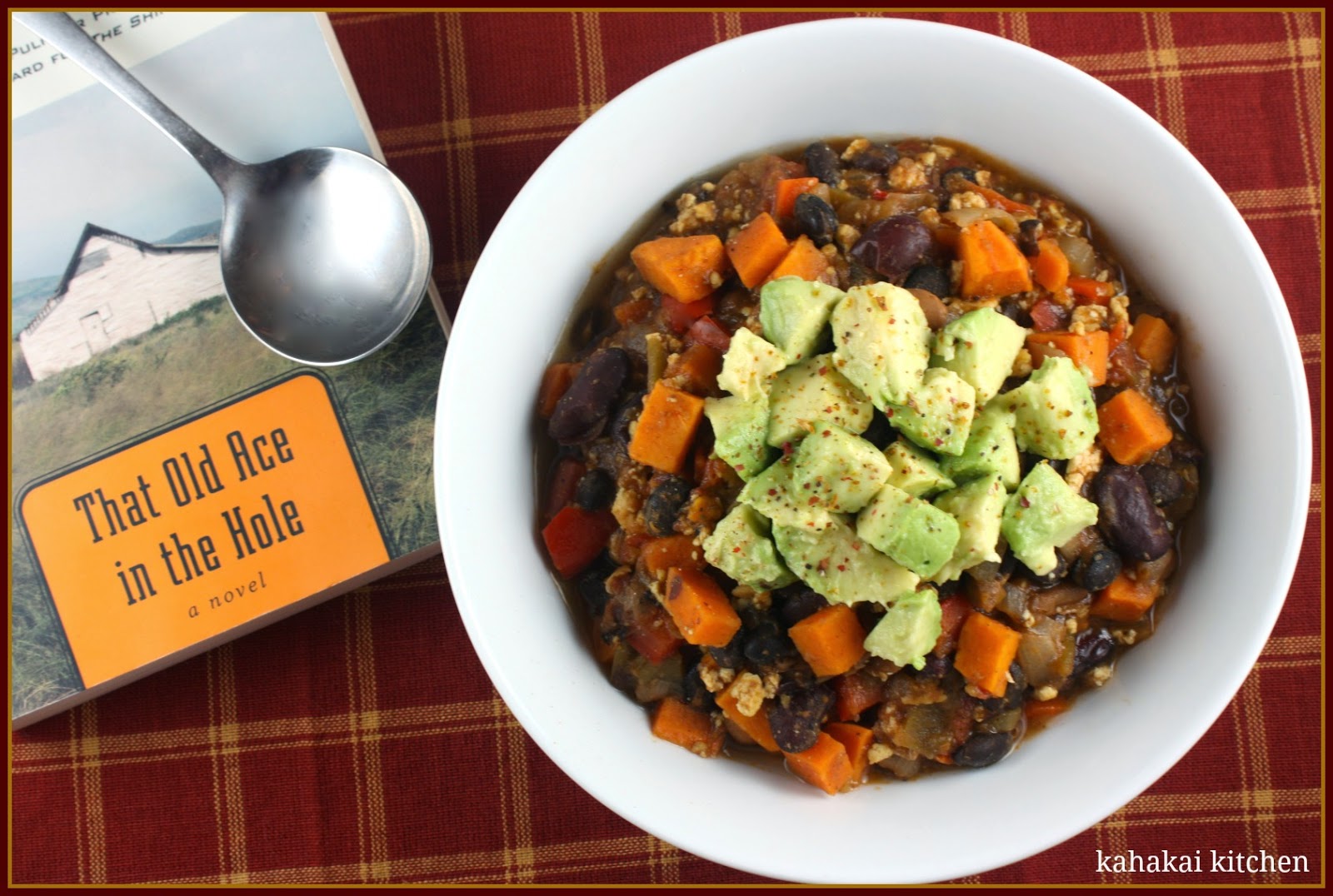 
"The author paints a vivid picture of the panhandles of Texas and Oklahoma, the people who live there, and their love of and pride in the land--despite all of the rough conditions... I grew attached to Bob Dollar and the interesting people he encounters and befriends and enjoyed the humor that Proulx infuses the novel with. I knew I had to make a curry chili and the addition of the sweet potatoes came about from the mention of a small bag of yams that pioneer Martin Merton Fronk took with him on his journey from Kansas to Woolybucket to find dry air and a doctor to cure his breathing issues."

Debra's mother grew up almost in the Oklahoma panhandle, so she has a first-hand experience of the environment described so vividly in the novel. "I still remember the arid dustiness of that time, huge grasshoppers that would rub your legs like sandpaper when you disturbed them, and always being aware and on the lookout for snakes. I also remember the colorful community members. This is a saga and worthy of the vastness of the barren prairie." Debra was attracted to Cy's Onion Pie, not quiche: "the guys here would not eat if I called it that, but if I say onion pie they like it.  It’s the word pie."

Simona was intrigued by an item on the Old Dog Cafe's menu: vinegar pie. "The name seemed to describe a paradox, so I looked for more information and some recipes and then created my own version, which is not a pie, but a crostata (Italian tart), whose crust is made of pasta frolla (tart dough) and whose filling, the part where I kept closer to the tradition, is a vinegar-flavored cream... The result is a tart that tastes like nothing else."
A great Thank you! to everyone who joined in this edition of Cook the Books.

And now, I’ll turn things over to Rachel of The Crispy Cook for the December 2014-January 2015 selection: Sustenance and Desire: A Food Lover's Anthology of Sensuality and Humor by Bascove  (2004).

Email ThisBlogThis!Share to TwitterShare to FacebookShare to Pinterest
Labels: Annie Proulx, roundup, That Old Ace in the Hole

Love all the pies in this roundup! Great book. I am glad you picked this one, Simona. I really enjoyed it. Love everyone's take on the book and how we all liked different passages and characters.

Thanks again for hosting this month and for all of your hard work.

I always look forward to see what inspirations individuals get. That is what is most fun about our little club---give everyone the same inspiration and see in what different directions everyone goes,

Thank you for hosting!!

It was my pleasure, as always and as always it was stimulating to read each person's take on the selection. 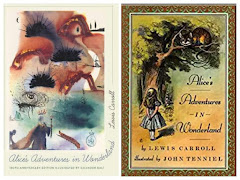