Announcing: Our Next Four Cook the Books Selections!

As we dig into our current pick of How to Cook a Wolf by M.F.K. Fisher, hosted by Simona of briciole, it is time to announce the next round of Cook the Books selections, taking us all the way through March of 2014. A wonderful variety we have--two fiction, two non-fiction. We'll travel from Germany to Texas, into our own gardens and backyards, throughout America and all the way to Africa looking for delectable foodie inspiration!

We will close out the summer traveling from Germany to Texas as Heather of girlichef shares her favorite read of 2012, The Baker's Daughter: A Novel by Sarah McCoy. 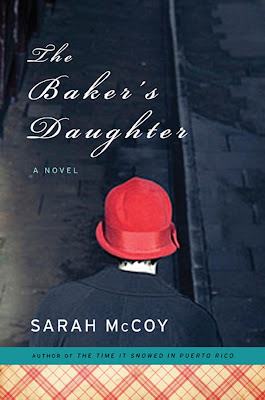 Heather says, "A story that flawlessly weaves the past with the present. Two bakeries. Two countries. Two eras.  We start off the year 1945 with Elsie Schmitt, a teenager who works in her father's bakery in Nazi Germany.  Her life changes forever when an escaped Jewish boy appears on her doorstep on Christmas Eve. Sixty years later in El Paso, Texas, journalist Reba Adams plans on interviewing an older baker from town for a feel-good Christmas story in the local magazine.  Little does she know the impact that speaking with the owner of Elsie's Germany Bakery will have on her outlook of life. Family, forgiveness, strength, and a testament to power of sharing a good loaf of bread.  I hope that you'll take as much inspiration from this novel as I did - I know I can't wait to read it again!"

The deadline for The Baker's Daughter is Monday, September 30th.
-----

You are what you eat! Rachel, The Crispy Cook, gets us thinking local with her pick of Animal, Vegetable, Miracle: A Year of Food Life, by Barbara Kingsolver, Camille Kingsolver and Steven L. Hopp. 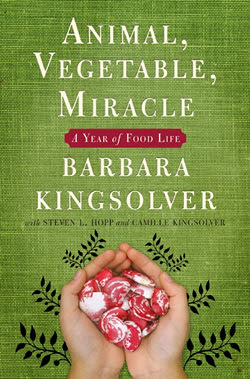 Rachel says, "Barbara Kingsolver is one of America's great modern fiction writers, but in this book, co-authored with her professor husband and recipe-sharing daughter, she provides us with an entertaining, insightful and inspiring memoir of a year spent living la vida loca-vore. The Kingsolver/Hopp family worked hard and conscientiously to eat only what they could grow, raise, gather or buy locally and their adventures in cheesemaking, pumpkin growing and turkey harvesting are all so interesting. Given that our Cook the Book clan is spread out across the globe, I am particularly interested to see what others will be inspired to share from their local bounty."

The deadline for Animal, Vegetable, Miracle is Monday, November 25th.

From thinking local to going global, I (Deb at Kahakai Kitchen) am taking us on a long journey to the recovering African country of Rwanda in Baking Cakes in Kigali: A Novel by Gaile Parkin. 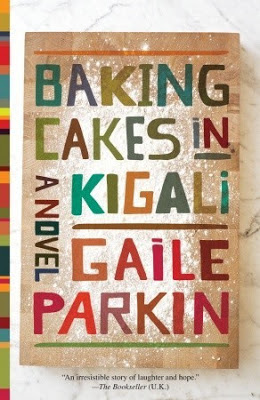 While poking around a used book store, I picked up a copy of Baking Cakes in Kigali because of its title and cover (always looking for that next CTB foodie book pick!), and found myself getting caught up in the story. Angel Tungararza is a talented cake maker from Tanzania who moves with her husband, who has taken a job at a university, and grandchildren to modern-day Rwanda. Along with baking and selling her cakes, Angel dispenses advice to her customers who come from from all walks of life, listening over cups of tea as they share their stories. At times sad, sometimes humorous, but ultimately a life-affirming and inspiring read with an engaging heroine to love.

The deadline for Baking Cakes in Kigali is Monday, January 27th.
-----

Simona of briciole takes us on a foodie journey through America via Twain's Feast: Searching for America's Lost Foods in the Footsteps of Samuel Clemens by Andrew Beahrs. 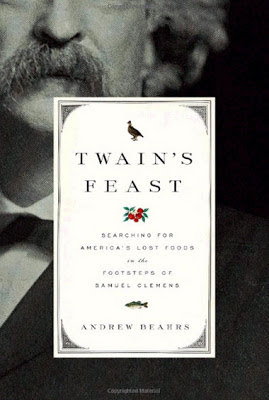 Simona says, "What foods do Americans miss when they are abroad? Mark Twain's autobiographical book, A Tramp Abroad , written in 1879 while on an extended stay in Europe, includes a scathing assessment of the cuisine offered by European hotels. After negative reviews of pretty much everything he has eaten during his stay, Twain sees the light at the end of the tunnel, since he is getting ready to travel back home, where he is planning to eat: Radishes. Baked apples, with cream. Fried oysters; stewed oysters. Frogs. American coffee, with real cream. He goes on to mention about 80 more American foods from buckwheat cakes to squash pie. On first reading, the list made me think about the menu of a Baroque banquet. In Twain's Feast, Andrew Beahrs "tracked down a number of these American classics, discovering what Twain's experience of them was, what's become of them today, and what's being done to bring them back."

There you have it—our reading list for the next several months. Start looking in your favorite bookstore, library or on-line for these four books.

Happy reading, eating and cooking to you all!

What a glorious selection! I've been looking at that Barbara Kingsolver book for a while but not got around to reading it.

Thrilled about the selections (because you know me and how much I love fiction)! Also excited about the Mark Twain book as I've been really into "original" American recipes as of late. Great picks ladies - thanks!

PS - that German bakery book is due right after we get back from our trip to Munich and Paris. I can't WAIT for that one...will probably bring it on the plane ;)

So excited for ALL of these!

I am so excited. Barbara Kingsolver was actually the catalyst for our blog! The other three sound wonderful!!! I think I may download them now! 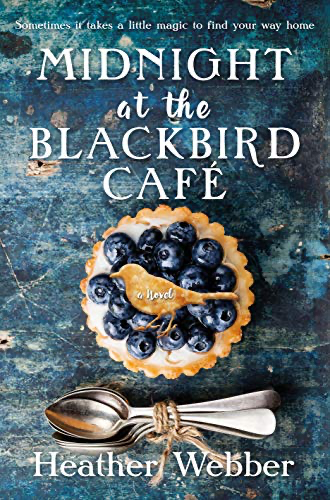