Cook The Books Round-Up: The Language of Baklava by Diana Abu-Jaber

Rachel, Johanna and I are so excited about the response and turnout for our second Cook The Book's selection; The Language of Baklava, a wonderful foodie memoir by one of my favorite writers, Diana Abu-Jaber. I am happy that everyone seemed to really love this story of growing up caught between two different cultures, Jordanian and American. There was a lot in the story that we all could identify with and many delectable recipes to try, and try them we did! Here is the round up! 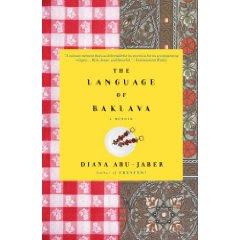 First up, our earliest entry was from Arlene at The Food Of Love, who loved the book and related to the tales of food and family within. Arlene chose two dishes from the book to recreate, Bud's Special Rice and "Distract The Neighbors" Grilled Chicken. Both were a success! Her husband declared the chicken "fantastic", and although Arlene was initially doubtful about the cinnamon in the rice, she found she need not have worried, even lightened up a bit, it was incredible. 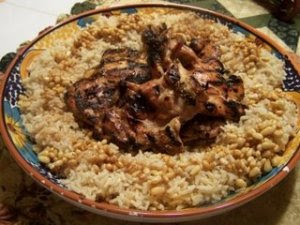 Betherann from Kitchen Courage found herself engrossed in the "vivid, sensory language" of the book and found the recipes included much more compelling once she learned the stories behind them. Betherann chose the "Start the Party" Hummus, and while she found it too have a bit too much tahini for her tastes, she liked dipping the black olives into it and her co-workers enjoyed it. She gives the book itself 5 stars. 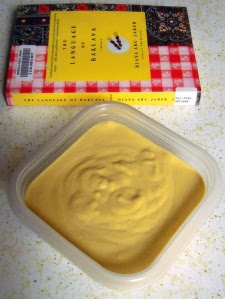 Maria from Organically Cooked, found many similarities between Diana's family's relationship with food and her own life and family. She also enjoyed the similarities between the ingredients, cooking techniques and dishes to Greek cooking. This led to the desire to make multiple recipes from the book and she settled on two: "Nostalgic Chicken Livers", "Perfectly Tender Bamia". She accompanied them with a dessert tray of strained yogurt with quince, a nougat sweet, Greek coffee and "raki", an anise- flavored apéritif similar to the araq from Jordan. 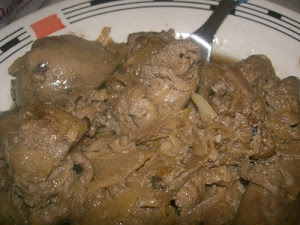 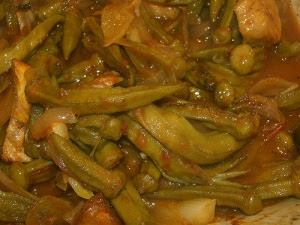 Rachel from The Crispy Cook enjoyed the book so much she did a special book review on her book blog, Book Trout, and she was inspired to create an incredible Middle Eastern feast including : a pot of Mint Tea, Magical Muhummara, Labneh Balls, Stuffed Grape Leaves and Oil-Cured Olives over Lettuce, Sesame-Rosemary Crackers, Steamed Rice and Fava Beans. The exotic, spicy and complex "Magical Muhummara" came straight from the book and has already been repeated in Rachel's Kitchen. 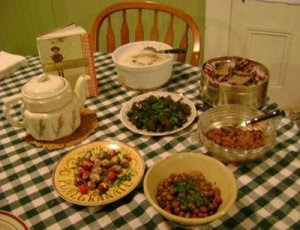 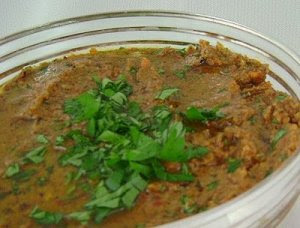 Simona from Briciole also wanted to give the Magical Muhummara a try, liking how it was described by Diana Abu-Jaber as "An enchanting opening dish, this dip or spread is good for when you want everyone to quit running around and come to the table.". Also savory spreads like this one are more of a novelty for her as she is more used to butter, jam or creamy cheese spreads. She enjoyed this spicy dish and served it with a dollop of freshly made ricotta. 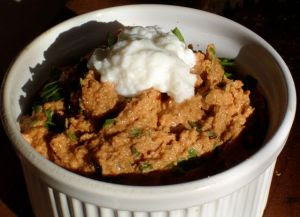 Maggie at Dog Hill Kitchen loves foodie books and foodie memoirs as much as I do so she found the book and Diana's stories of growing up engaging. Being a chicken liver fan, her original plan was to make the ones in the book but she decided she would have better luck in photographing the "Forget Me Not" Sambusik Cookies. Maggie made them dairy-free by changing out the butter to walnut oil and also swapped out the rose water for orange flower water. She found them to be delicious with the enhanced walnut flavor. 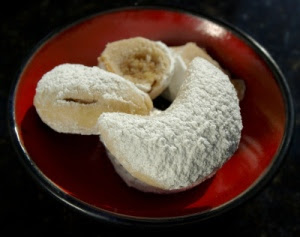 Reading this gorgeous and soul satisfying book made me (Deb from Kahakai Kitchen) so inspired and and hungry, I went with a few different recipes to make up a healthy Middle Eastern Platter. I made the “Eat It Now” Shish Kabob, Fattoush: Bread Salad, and a Tahini Sauce, featured in a fish recipe towards the end of the book. Served with some Couscous with Apricots it was a great dinner. I especially liked the Fattoush, which I made with whole-wheat pita bread. 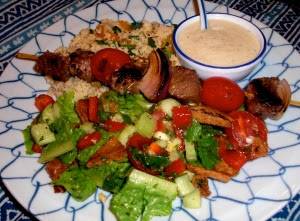 Judy, of Judy's Gross Eats, had a couple of extremely busy and drama-filled months, so a cup of the Shaking Tea Infusion seemed like the perfect easy cure-all. A love of spicy drinks like chai and the cold and rainy weather made it all the more appealing. She found the brew to be delicious, although next time she would leave out the pistachio nuts as they fell to the bottom of the cup.

Foodycat, our big winner from our first CTB selection, felt like much of the book, especially the migrant experience, resonated with her. She settled on making Diana's "Lost Childhood Pita Bread" as her used copy of the book had notations from the previous owner and she felt a connection. She also used the marinade from the "Distract the Neighbors" Chicken on some lamb shoulder. A great dinner with garlic-yogurt and roast courgettes and equally wonderful leftover the next day, for lunch with homemade hummus. 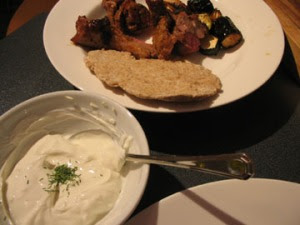 "Ful For Love" and "Sentimental Hot Chocolate", were the recipes that struck a chord with Natashya from Living In the Kitchen With Puppies. Although a ful fan, since being introduced to it by a friend years ago, she had never tried making it at home. She enjoyed the cooked spiced fava beans and found it like a Middle Eastern/North African taco, when served with the toppings on soft pita bread. The spiced choclate made a wonderful warming dessert. 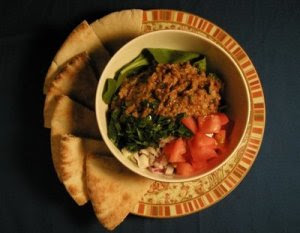 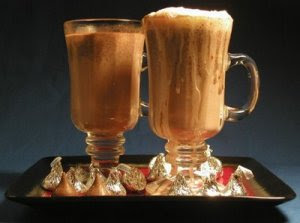 Tina from Life in the Slow Lane at Squirrel Head Manor, loved how descriptive Diana is in her writing, she was almost able to "feel and smell the foods and sights" she writes about. The images of the "familiar comforts" congured up memories for Tina of her childhood and her Mother's recipe box so she chose to make a childhood favorite of her own, her Mother's Beef Vegetable Soup. What beautiful memories of her Mom happy in the kitchen and garden! 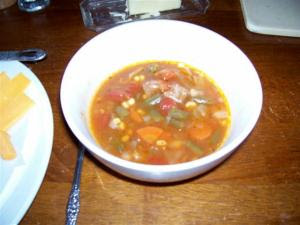 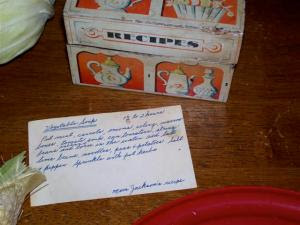 Auntie Aya was the favorite character in the book for Christine from Kit's Chow, loving her strong will and aphroisms. Christine enjoyed the book she borrowed fom the library so much, she is buying a copy. She chose Diana's "Invite the Audience" Tomato Chicken Mensafas her dish. She really enjoyed the chicken cooked in tomatoes and spices over rice and served with pita. 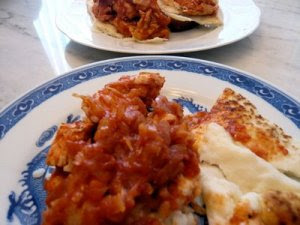 Poor Suzie at Munch + Nibble, waited and waited and is still waiting for her book to reach her even though she ordered it in January. She plans on reading it just as soon as it arrives but to get herself in the mood, she made a Middle Eastern inspired appetizer Medjool Dates Stuffed With Goat's Cheese and Pinenuts. Simple to prepare and an introduction to some exotic, sweet and floral flavors, Suzie looks forward to exploring more food from the book when it finally reaches her! 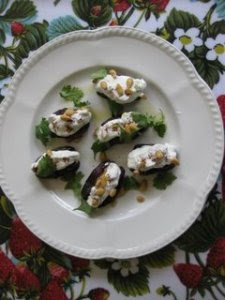 Johanna from Food Junkie Not Junk Food, liked the "realness" of the book, the fact that it wasn't overly sentimental and that she could find points of reference to her own Greek culture. She decided to make Diana's version of Poetic Baklava and test it out on "the strictest of judges", her parents, since it is a favorite dish for her family and in Greece. Everyone LOVED it and had seconds and thirds--a true measure of success! 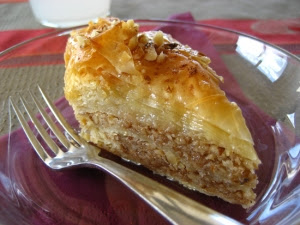 Reading the book while sitting by the bedside of her ill father, gave Diana's story a particular poignancy for Laurie from Mediterranean Cooking in Alaska. Going home tired and drained, she cooked the Jordanian Kofta and Yogurt Sauce, and as she and her husband shared the delicious meal, it reminded her again of the close relationship between food and love. 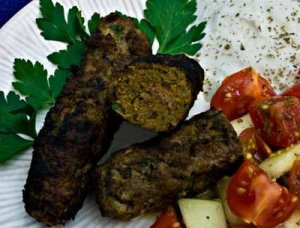 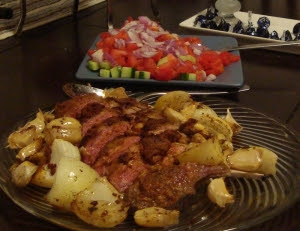 What a wonderful and varied group of recipes! Author, Diana Abu-Jaber will be stopping by to see what delicious dishes everyone made and she will be helping us chose a winner for this round, who we will announce shortly. That lucky and talented person will get a winner's badge for their blog and we will add them to the Cook the Books blogroll. Rachel will also be sending the winner a cookbook hand-picked from her used and rare bookstore as a little extra bonus.

Thank you to all our Cook the Books readers and cooks for joining us. We will be announcing our next selection, hosted by Johanna at Food Junkie Not Junk Food, soon!
at 6:37 PM

Email ThisBlogThis!Share to TwitterShare to FacebookShare to Pinterest
Labels: Diana Abu-Jaber, roundup, The Language of Baklava